We support a Terraform module that automates the deployment of infrastructure to scale your Metaflow flows beyond your laptop.

By default this module uses AWS Batch as a compute engine. If you are looking for an example using Kubernetes instead, see the section here.

The module contains configuration for:

This Terraform module consists of several submodules that can be used separately as well.

You can see the details in the README in the repository 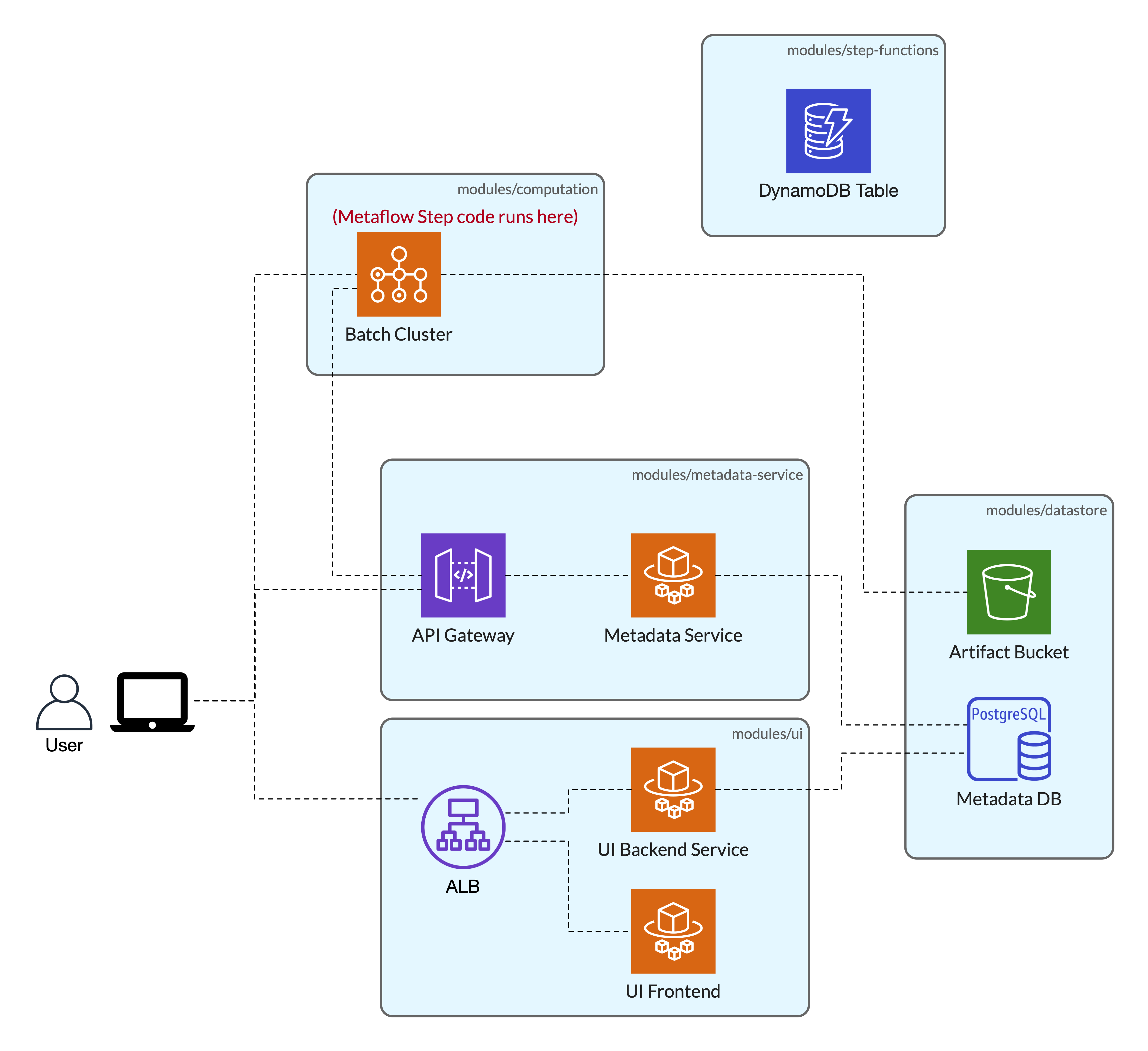